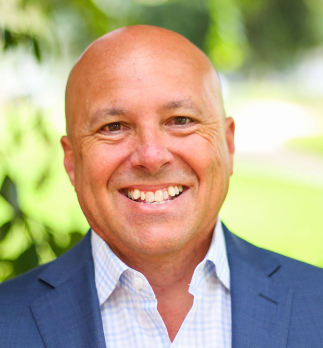 A 17-year veteran of the Out-Of-Home Industry, Michael started his career at Skies Above Media in 2005. Making the jump from the Service Industry, where he worked in various positions within the Ritz-Carlton Hotel Company, he brought much of what he learned and translated that to OOH. His understanding of the principles of outstanding service, attention to detail and accountability has served him well as he continues to prioritize a service-oriented approach to partner and client satisfaction.

From his early days as an account executive, he cut his teeth by helping set-up the accounting system, client and vendor contract entry and sales in the Fresno market. A few short years later he was promoted to Director of Operation where he oversaw all RFP’s, installations, proof of performance, contract entry and invoice validation/accounts receivable. Michael was made Vice President in 2013 and expanded his role to include property owner relationships, new ventures, video board programming, working with municipalities, etc. He has nurtured strong relationships with smaller, independent property owners and operators as well as the larger partners in the OOH arena. Michael was named Chief Operating Officer in 2021.

Michael resides in South Pasadena, CA with his wife and two daughters. Hobbies include travel, golf, home improvement and spending time with family.